You are here: Home / Blog / drawing 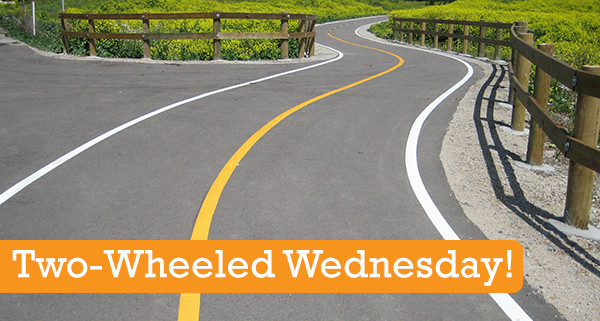 At the beginning of 2016 we launched Two-Wheeled Wednesday, a weekly celebration of riding a bike simply for the sake of riding, and urged folks to take photos or video of their ride and share them with the #TwoWheeledWednesday hashtag on Facebook, Instagram or Twitter.
Why? Besides the joy of riding, the health benefits and the time spent outdoors with friends and loved ones, sharing your tagged photos can win you some awesome prizes in our monthly drawing. You can win Bike Lights, bike-related books and more.
When is Two-Wheeled Wednesday? Every Wednesday is Two-Wheeled Wednesday!
When are the drawings? Once a month!
Our first drawing was at the end of January, and lucky rider Jana Schwartz won bragging rights and a sweet set of Bike SLO County bike lights. Our next winner will be announced on Friday, February 26th. Ride those bikes, tag those photos with #TwoWheeledWednesday and stay tuned!
https://bikeslocounty.org/wp-content/uploads/2016/02/Wednesday_Mustard_FB-e1455056618607.jpg 250 375 coalition2001 https://bikeslocounty.org/wp-content/uploads/2015/07/BSC_RGB_340_TEST1.png coalition20012016-02-09 15:55:172016-02-09 15:57:43#TwoWheeledWednesday Update 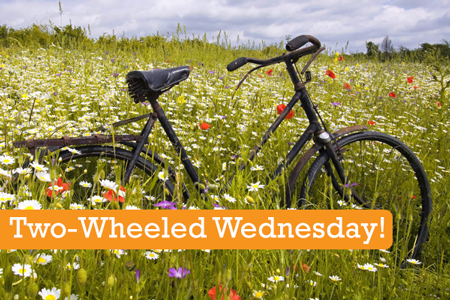 Be Active, Be Social, Win! 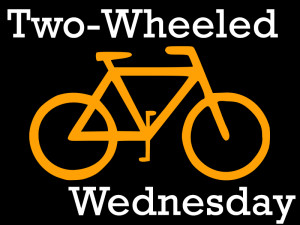 Want an excuse to ride your bike even more? Two-Wheeled Wednesday!

Here’s how it works: On Two-Wheeled Wednesday,  ride your bicycle.  With friends. With colleagues. With strangers. Even alone, on Wednesdays we all ride together. Ride to coffee, to work, to school, to anywhere our bikes will take us. Ride with anyone and everyone who wants to ride. Ride a mile, or two, or around the block. But ride, and invite others. In Paso. In Pismo. In Cambria, Santa Margarita, SLO, Oceano, anywhere and everywhere in SLO County and beyond. The idea behind Two-Wheeled Wednesday is simply riding bikes and encouraging others to ride as well, no matter the distance.

To encourage as many people as possible to ride on Two-Wheeled Wednesdays, we’ll have monthly giveaways. To be entered, take a photo or video of your ride and share it with us on our Facebook, Instagram, Twitter or Tumblr pages using the hashtag #twowheeledwednesday. At the end of each month, we’ll do a drawing for Bike Lights, Bike Kitchen Passes and other great stuff. To clarify: Two-Wheeled Wednesday takes place every Wednesday, drawings take place at the end of each month in 2016.

Share your photo or video entries with us on:

Make sure to include the #twowheeledwednesday hastag! Invite your friends! Invite your neighbors! We can’t wait to see all the SLO County bike riders!