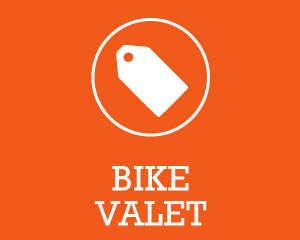 We are excited to host our Bike Valet at the upcoming Pops by the Sea with the beautiful backdrop of Avila Beach!

Bring a rousing close to your summer with an afternoon of sensational music by the Sea at Pops by the Sea, Pops turns 30 Birthday Bash.

The SLO Symphony kicks off with a musical flashback to the 1980s.  Featured artist, Café Musique, combines powerful vocals with soaring violin and driving accordion.  A booming rendition of Tchaikovsky’s “1812” featuring the Cuesta Chamber Singers under the direction of John Knutson will close the program!

For more information and tickets, visit the SLO Symphony online.

We’re thrilled to be parking bikes in the beautiful Avila Beach for the 1st annual Blarney at the Beach!

Featuring music by the Dubliners, food from Rooney’s Irish Pub, and more! This fun event is a benefit for the Central Coast Autism Spectrum Center.

We are thrilled to announce our latest Bike Valet partnership with Avila Beach Concerts at the Cove for their upcoming 2013 Summer events!

With our Bike Valet close to reaching 30,000 bikes parked, we’ll be at  a handful of fun events out in Avila Beach from May through August. This is a great chance to get you family and friends to ride the Bob Jones trail out to Avila and enjoy some fun on the coast.

Check out Avila Beach Concerts at the Cove online for more details!

Our Bike Valet will be at The SLO GranFondo this October!

Our Bike Valet is back for the annual SLO GranFondo, presented by SLO Alpha and Hearst Cancer Resource Center at French Hospital Medical Center. The Bike Valet will be located in the Mission Plaza.

Check out their website for more information on joining us for a beautiful ride on the Central Coast.

Our Bike Valet will be at the Central Coast Classique this October!

Our Bike Valet is gearing up for the Central Coast Classique, a ride hosted by Creative Mediation and SLO Leaf. The Bike Valet will be located near the grandstand at Heritage Square Park.

Check out their website for more information on joining us for a ride along the beautiful Central Coast.

Our Bike Valet is back for the annual Pops By the Sea concert, an event hosted by the SLO Symphony to celebrate music, community, and fun!

The Bike Valet will be located by the tennis courts on the far side of the venue as you enter from the Bob Jones trail.

Check out their website for more information on joining us for a concert in beautiful Avila Beach.

Our Bike Valet is back for the third annual Central Coast Cancer Challenge, an event supporting cancer patients, survivors and their families.

Registration is open, and there are events for the whole family – sign your children up for the 1-mile fun run, choose from 3 cycling events through San Luis Obispo wine county, test your trail running skills, and more! It’s a great way to jump start that healthy lifestyle.

In the past two years, with your awesome participation, CCCC has donated $25,000 to local cancer patients, survivors and their families.

Check out their website for more information or to register.

We’ve got cheap beer from New Belgium, great music from Moonpie, food from the Branch St Deli, and tons of prizes up at the raffle, including a shiny New Belgium cruiser bike!

There are tons of ways to get raffle tickets and win:
-Park your bike at the Bike Valet
-Sign up for Rideshare’s commuter competition
-Join the Bicycle Coalition

This event is free and open to anyone who wants to celebrate bicycles as a part of May’s Bike Month! The bike parade will be leaving the bandstand on Nelson st at 12:30, and riding as a fun group to the Branch st Deli where the festivities are.

Win this New Belgium bike… become a Bicycle Coalition member and get more tickets to greatly increase your odds!