Volunteer of the Year:  Aldi Geramaldi 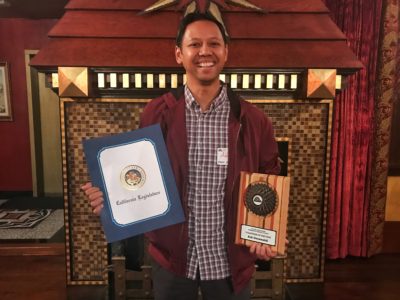 Business of the Year:  Foothill Cyclery

Advocate of the Year:  Helene Finger

Board Member of the Year:  Tyler Wertenbruch

All award winners were also presented with a certificate of recognition from the office of California State Assemblyman Jordan Cunningham.

During the ceremonies Dave Abrecht, Board President of the San Luis Obispo Bicycle Club (Donor of the Year winners) presented Bike SLO County with a check for $20,000. Thank you SLOBC for your ongoing support! 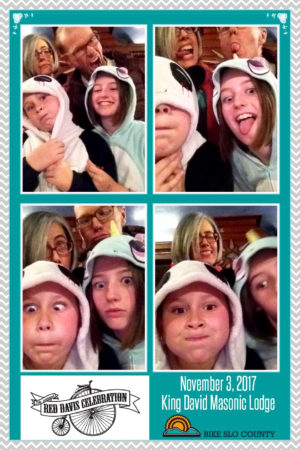 Photos of all award winners and the photo booth pictures are up on Flickr. You can see them here:  https://www.flickr.com/photos/slobikelane/

Thanks to everyone who showed up. It’s great to see so many faces, old and new, gather together to celebrate bikes and the people who make Bike SLO County possible.

Next year will be the 8th Annual Red Davis Celebration! See you there!

About Red Davis: In 2001 Red was a founding member of Bike SLO County (back when we were the SLO County Bicycle Coalition). For countless years Red has worked hard throughout SLO County as an advocate for better bikeways, including a ten year stint with the county’s Bicycle Advisory Committee. The County Board of Supervisors honored Red by designating the bike lanes on Los Osos Valley Road between Foothill Boulevard and South Bay Boulevard as “The Red Davis Bikeway”. Red’s hard work and dedication were the inspiration for the Red Davis Celebration, created to honor members of the bike community who make SLO County a better place for bikes. Red currently serves as a member of the Morro Bay City Council.