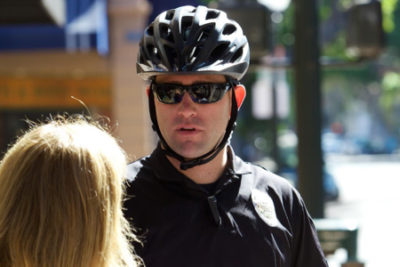 While you should always bike and drive safe, on Thursday October 5th, 2017 the San Luis Obispo Police Department will step up bicycle safety enforcement operations with focused enforcement on collision-causing factors involving both people driving cars and people riding bicycles. Special patrols will be deployed to crack down on all people who violate traffic laws meant to protect all roadway users.

The SLO Police department has mapped out locations from over the past 3 years where bicycle involved collisions have occurred and noted the violations that led to those crashes. SLOPD officers will be looking for violations made by people driving automobiles and people riding bikes that can lead to life changing injuries.

The following safety tips can save lives and traffic citations:

– ‘Share the road’ with people on bicycles
– Be courteous; California law now mandates at least three feet of clearance when passing a bike rider
– Look for people riding bicycles before opening a car door or pulling out from a parking space
– Yield to people riding bicycles at intersections and as directed by signs and signals
– Be especially watchful for bicycle riders when making turns, either left or right

– Wear properly fitted bicycle helmets every time they ride. If under 18 years of age, it’s the law
– A helmet is the single most effective way to prevent head injury resulting from a bicycle crash
– People riding bicycles are considered vehicle operators; they are required to obey the same rules of the road as other people driving motor vehicles, including obeying traffic signs, signals, and lane markings.
– When cycling in the street, people riding bikes must ride in the same direction as traffic.
– People riding bikes should increase their visibility to drivers by wearing fluorescent or brightly colored clothing during the day, and at dawn and dusk
– To be noticed when riding at night, the law requires a front light and a red reflector to the rear
– For additional safety, use a flashing rear light, and use retro-reflective tape or markings on equipment or clothing 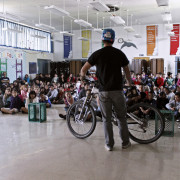 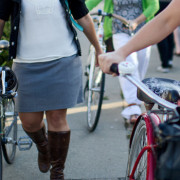 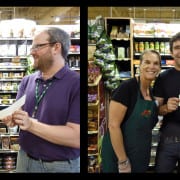 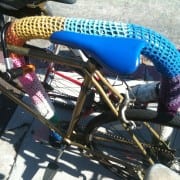